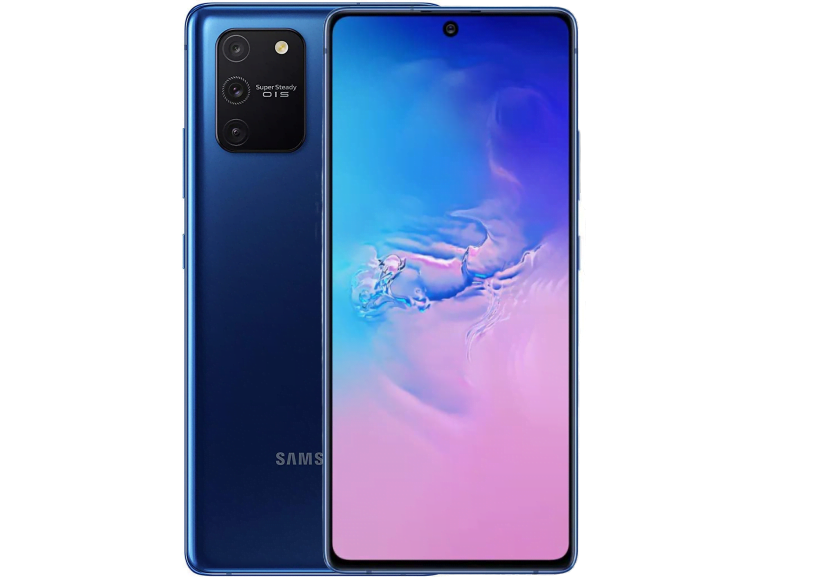 Samsung Galaxy S10 Review- A Smart Phone for Less Than $700!

The invention of Samsung Galaxy S10 Lite has taken the phone giant (Samsung) to another level. Samsung has proved over time they are one of the dominant key players when it comes to manufacturing top-notch Android phones.

This South Korean company produced Samsung Galaxy A Series which happens to be another brand of the phone by them which has taken a lot of spots in our list of smartphones under $500. Samsung has increased in its features and functionalities of their phones. The Samsung Galaxy S10 Lite is an awesome phone for gadget lovers to admire, because of the new features that come with it. It is even making tremendous sales in the market right now on Amazon.

One of the most interesting features of this new phone is the presence of Qualcomm’s Snapdragon 855 Chipset. This particular feature makes the phone to have additional upgraded functions in it. Earlier this year, this phone was launched in the Indian market. Currently, the phone is going to be launched in the United States of America for less than $700. This is an affordable flagship phone to get if you are in search of an Android phone with awesome features. Even with the features, Samsung has been able to place a price tag on the phone having its customers in mind.

The following are the Pros of this phone:

The following are the Cons of this phone:

In terms of the design, there’s nothing spectacular about the design, because an average Samsung user knows the normal design of Samsung phones which comes in a rectangular camera, scanner, on-screen fingerprint, etc. The body of the phone has an innovative design that is being built using glass and aluminum. The camera has a LED flashlight for illuminating images shot at dark environment. It has a bigger display panel of S10+ 6.4″.

The Samsung Galaxy S10 Lite has triple cameras, and this is the same thing for Samsung Galaxy A51. The rear camera can be divided into three – a primary camera of 48MP, an ultra-wide camera of 12MP, and a macro camera of 5MP. These three cameras help in capturing fine focused photos and videos. The macro camera which is 5MP has a higher resolution compared to other phones such as Realms and Xiaomi. The interface of the camera has a new ribbon design that is perfectly laid out clearly.

Furthermore, this phone allows one to take motion photos using the phone recording. The camera can capture jaw-dropping images with vibrant and saturated colours. The ultra-wide camera is also exceptional with the kind of photos it captures, especially images taken under low-light conditions. The primary camera takes detailed photos in low-light conditions and eliminates noise in the background.

There are eye-catching things on this Samsung Galaxy S10 Lite. The first thing is the addition of Qualcomm 7nm and Snapdragon 855 Chipset. These are two thrilling features because they are not common in most of the phones produced by Samsung. Samsung only uses it in rare cases in a few of their phones. In spite of the fact, the Samsung Galaxy S10 Lite is less than $700; they still infused Qualcomm and Snapdragon into it. The presence of these two has enhanced the performance of this phone into a new monster beating other Android phones. In terms, of speed, there is no interference because it is as fast as the speed of light.

Samsung has been able to integrate an octa-core processor of 2.84Hz and this allows the phone to function well without hanging, especially when opening different mobile applications. Game lovers can go to different gaming sites and download their favorite games such as soccer, adventure, car race, PUBG, Mortal Kombat, etc, because of the graphic cards (Adreno 640). The presence of Android 10 allows the phone to receive the latest update relating to the Samsung Galaxy S10 Lite. Users are free to choose any navigation theme they want to use. The maker of this phone has done a great job regarding the user-interface of this phone.

The non-removable battery has a super-fast charging of 25W with an internal battery of massive 4,500mAh, and this comes alongside a 25W charger inside the phone pack. This battery makes the phone stands out among other phones produced by Samsung in the Samsung S10 series.

One of the advantages of this phone is the longer usage of time it gives to users – 7hrs of on-screen time. If you are conversant with Samsung phones, one of the basic problems relating to them is the issue of battery. It sounds like magic that the 25W charger can charge the phone up to 60% if it is being used for 30 minutes. This shows the strength and speed of the charger.

The phone has a dual SIM to enable the user to make use of two SIMs at a time. This is something programmed by Samsung; therefore, the phone still functions well. The presence of 4G LTE allows the fast download of music and videos on the Internet. Apart from this, users can stream live videos and also watch YouTube videos due to their strong network. There are other things on the phone in terms of connectivity such as Bluetooth, GPS, WiFi. All these allow for various sharing and pairing connections.

Samsung Galaxy S10 Lite can be bought on Amazon, other e-commerce sites available, and also offline stores in your regions. You can get Samsung Galaxy S10 Lite for less than $700 on various retail outlets. The price of getting one can be different from the price you will get this same phone from another seller. This shows prices vary depending on the region and sellers involved.

Samsung Galaxy S10 Lite is a phone audiophile will really love to own to watch movies, because of the wide display. You can get the phone for less than $700 to have an experience of how it feels with the fast navigation and awesome interface.