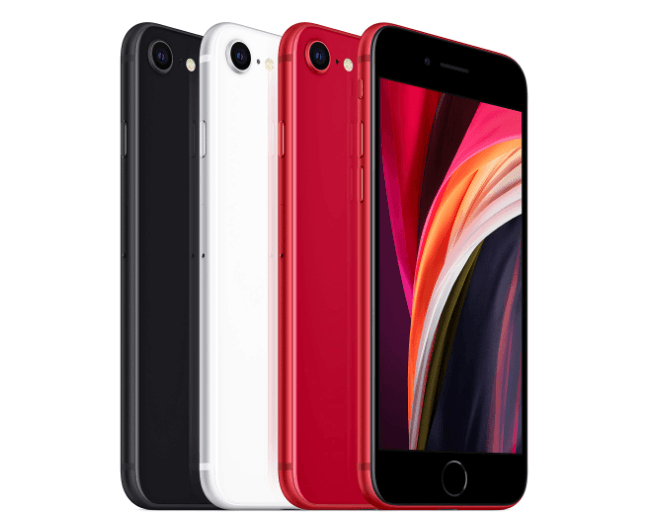 Where to Buy, Important Specs, and All You Need To Know About the iPhone SE

Finally, Apple’s cheaper iPhone version, the SE, is here. There is a full load of features that comes with the latest iPhone SE 2020. that amazing fact about this device is that somehow it manages to cut down a lot of cost without feeling like it did.

Compare to the previous version of the iPhone SE released in 2016 that was 4 inches, the iPhone SE 2020 is 4.7 inches. So, if you’re not familiar with a 4-inches smartphone, then there are lots of things you will like about the new SE 2020. Did I mention it is waterproof? well, that’s why we have it listed as one of our waterproof phones.

Judging from the looks on the outside, the iPhone SE has a similar design to that of the iPhone 8. They have the exact match dimensions and all visible components are in the same spot, from the camera down to the home button.

The iPhone SE has a home button at the bottom of the front which makes it the only recent iPhone without the face ID authentication. At the top of the front is one of the two stereo speakers, there is also a forward-facing camera and, on the side, there is a mute switch, volume controls and a sleep/wake button.

The new SE is a water resistance device at an IP67 rating that means it can survive a dunk of about 1m for about 30mins. A drop into the bath won’t be a problem for this device.

There is absolutely nothing new to say about the design of this device as it’s the same with most of apple iPhone. Apart from the bezels which are quite large I don’t think there is anything not like about this device.

The iPhone SE 2020 model comes with a 4.7 inches LCD screen with a resolution of 1334*750 pixels at 326ppi. Although there is nothing special about the resolution, but it has an incredible display that is well calibrated. This display sports an impressive 1400:1 contrast ratio and 625 maximum nits of brightness.

The iPhone SE 2020 has equipped this device with the a13 bionic GPU. This by far the fastest processor on the market, the chip includes the machine learning processor, image signal processor, the CPU, GPU and lots more. It what first introduced to the iPhone 11 and 11 pro late last year and it’s absolutely amazing to see this chip on the iPhone SE at this price.

This device comes with a 12 megapixel, ƒ/1.8 aperture camera and a wide-angle lens that is located that the back of the phone. Again, there is nothing special about this camera spec-wise but it supports most of computational photography features that apple phones have. The rear camera can shoot 4K video at up to 60 frames per second.

On the other hand, the camera on the front offers 7 megapixels, ƒ/2.2 aperture and can take 1080p at 30 frames per seconds.

There is a wide claim by apple that the battery for the iPhone SE can last up to 13 hours for local video playback,8for streaming videos, and 40 for audio playback. For me I think that’s a lot less than that of the iPhone 11.

The apple company has included EarPods, charging brick and a lightning/USB charging cable. Apparently, they didn’t deem it necessary to include headphone jack like they didn’t with their pervious editions in the past.

The iPhone SE is the best budget smartphone for most people who like the iPhone latest series but cannot afford them. Its specifications ranging from camera, to speed and all matches that of more expensive phones.

It is close to being a 5-star phone and for most people it might be. The only downside to this device is the battery which is barely average, it also lacks useful screen lock notifications shortcuts feature that are present in other iPhone and there is no night mode in the camera.

Overall, the SE device is really not going to turn heads, it looks a little date and I’m sure that the wireless charging is worth it the concerns that comes with its glass back.